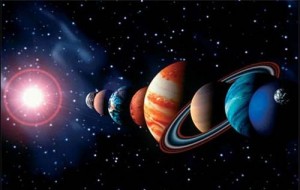 Sir Isaac, one of the most brilliant scientists of all times had an accomplished in artisan fashion for himself a small scale model of our solar system, which was in a room in Newton’s home. The model solar system was finished and installed on a large table. The workman had done a very commendable job, simulating not only the various sizes of the planets and their relative proximities, but also so constructing the model that everything rotated and orbited when a crank was turned. It was an interesting, even fascinating work, as you can imagine, particularly to anyone schooled in the sciences.

Newton’s atheist-scientist friend came by for a visit. Seeing the model, he was naturally intrigued, and proceeded to examine it with undisguised admiration for the high quality of the workmanship. “My, what an exquisite thing this is!” he exclaimed. “Who made it?”

Paying little attention to him, Sir Isaac answered, “Nobody.” Stopping his inspection, the visitor turned and said, “Evidently you did not understand my question. I asked who made this.” Newton, enjoying himself immensely no doubt, replied in a still more serious tone, “Nobody. What you see just happened to assume the form it now has.” “You must think I am a fool!” the visitor retorted heatedly, “Of course somebody made it, and he is a genius, and I would like to know who he is!” Newton then spoke to his friend in a polite yet firm way: “This thing is but a puny imitation of a much grander system whose laws you know, and I am not able to convince you that this mere toy is without a designer or maker; yet you profess to believe that the great original from which the design is taken has come into being without either designer or maker! Now tell me by what sort of reasoning do you reach such an incongruous conclusion?” 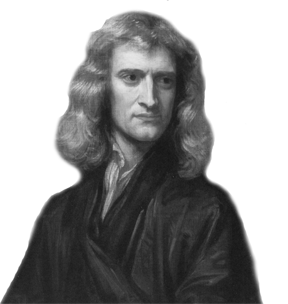 “This most beautiful system [the universe] could only proceed from the dominion of an intelligent and powerful Being.”

Many of the highly educated scientists of the world have boxed their world view into a corner, accepting only scientific data and discussion that conform to the prevalent evolutionary, atheistic ideology. They have utterly rejected any other mode of thought or dissent from the naturalistic, Darwinian model. They vehemently defend their scientific totalitarianism and their blackballing of those who even deviate slightly off the path of evolution.  Any other idea, namely Intelligent Design, is repressed as antiquated, superstitious, religious and ridiculous. Many of these so called scientists in the high priesthood of Evolution have characterized those who support Intelligent Design as being backwards and unscrupulously close-minded. But who is doing the censorship? Who is being ostracized from the scientific community? Who is being promoted and who are being persecuted? If you’ve watched Ben Stein’s “Expelled: No Intelligence Allowed”(watch below)  you can clearly see who are those that are truly close-minded. Out of all the great scientific minds who ever lived and even a vast amount of scientists today, truly the staunch proponents of evolution are a very small minority compared, but because they are part of a huge Establishment agenda within our educational systems, liberal controlled media and our government and judicial systems, they are the old man pulling the strings behind the curtain to make the Wizard of Oz much bigger and powerful than he really is. I reckon that if all the scientists who supported Intelligent Design (or even just a more even playing field of discussion on the subject) would come out of the closet and show their data in favor of ID (since the establishment has made it impossible for many to dissent or deviate without severe consequences to their funding/paychecks and reputation), that their would be a total dissolving of Darwinian Evolution altogether. As Lee Strobel’s book “A Case For The Creator”, a New York Times best seller, (watch below) has so amazingly shown that their is overwhelming scientific evidence and data that supports Intelligent Design in the last 50 years of the breakthroughs throughout, cosmology, astrophysics, physics and mathematics, biology, anthropology, genetics and a host of other sciences. I have listed several video documentaries which should at least challenge you to perhaps rethink your position if you are open-minded enough to review their amazing content. If you are already a theist then these videos should reaffirm and inspire your faith.

A Case For A Creator -A Must See!

Ben Stein’s Expelled: No Intelligence Allowed -A Must See!